Ooni of Ife, Oba Enitan Ogunwusi has given his blessings to Temidayo Israel for Chairmanship position of Lagos Mainland local government council area.

Dayo, who is in his early 30s is a chairmanship aspirant under the platform of the All Progressives Congress for Lagos Mainland council area. 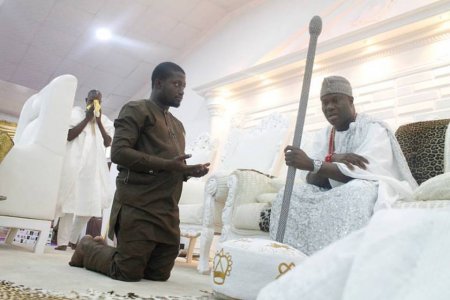 Ooni’s blessings is coming at the time the prominent and powerful Lagos Mainland King – the Opeluwa Onido of Lagos endorsed Dayo Israel for the position in his Palace, where he showered him encomium for his vision for mainland and his impact full projects.

“My vision is to uplift the welfare of our people”, Dayo said.

The Lagos State Government onThursday, May 5, 2016 assured that local government elections would be held in the state before the end of the year.

The State’s Commissioner for Local Government and Community Affairs, Muslim Folami gave the assurance during press briefing to herald the first year in office of the Governor Akinwunmi Ambode administration.

“What I can only confirm and say categorically is that the local government election would be held this year,” Folami said.

The last local government elections in the state were held on October 22, 2011.